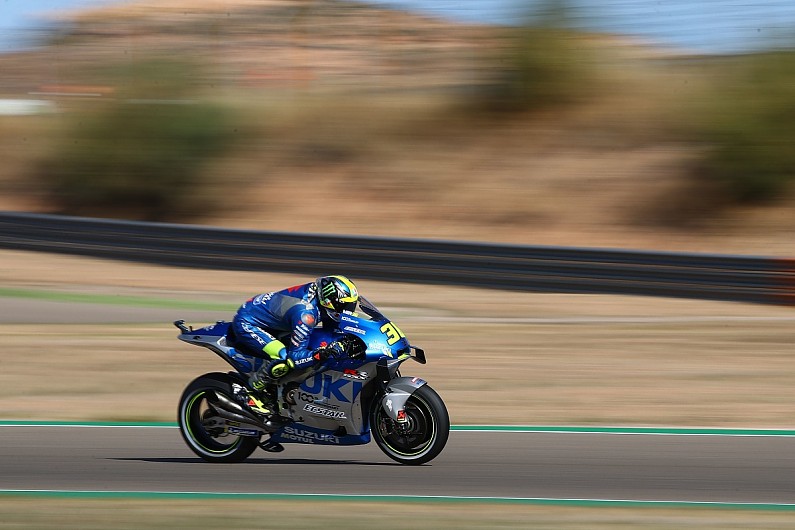 Joan Mir is expecting a “great fight” with the Yamahas ahead of him in Sunday’s MotoGP Aragon Grand Prix as the Suzuki rider starts from sixth.

Qualifying has been Suzuki’s biggest weakness in 2020, with championship contender Mir only twice qualifying on the front two rows prior to Aragon.

However, the Spanish sophomore managed sixth with a 1m47.679s in Q2 at Aragon on Saturday and could have found more interval had he not been “disturbed” on his best lap.

When Mir last qualified inside the top six, he managed a podium in the Austrian GP and was on course to win the second Red Bull Ring race – where he was promoted to third on the grid by a penalty for Johann Zarco – before it was red-flagged.

Asked by Autosport if his best qualifying since August offered him his best chance of a debut victory, Mir said: “[It] can be a good opportunity.

“I feel strong on the lap pace and in FP4 I worked with a really used tyre and I was able to constant in good lap intervals.

“I don’t know what I have to expect tomorrow because the Yamaha guys – all three – they are especially competitive.

“It will be a great fight tomorrow, so let’s see if we can be with those guys.”

Vinales says “somehow we found more” to be stronger in the latter stages of the race and says he “needs to go for” championship leader Quartararo off the line. 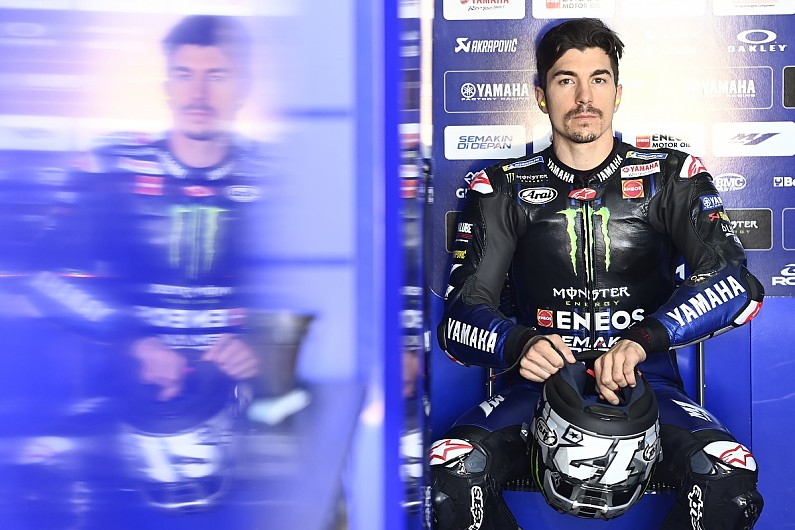 “Last year I suffered a lot in the second part of the race,” Vinales said.

“This year somehow we found something more, especially for the last 10 laps, which is something positive because we need [something] extra to fight with someone.

“And this is clear that we found something, especially on the electronics.

“We have the championship leader just on the side, so we need to go for him.

“Then we will try to make good rhythm. Tomorrow I feel confident. We have a good chance.”

Quartararo leads Mir by 10 points in the standings, with Vinales a further nine adrift, and the Frenchman feels these two are pressently stronger than him.

“Joan has a big pace, a really strong pace that I think we can be worried about him because he’s starting from the second row,” said Quartararo, who suffered a “strange” crash in FP3. 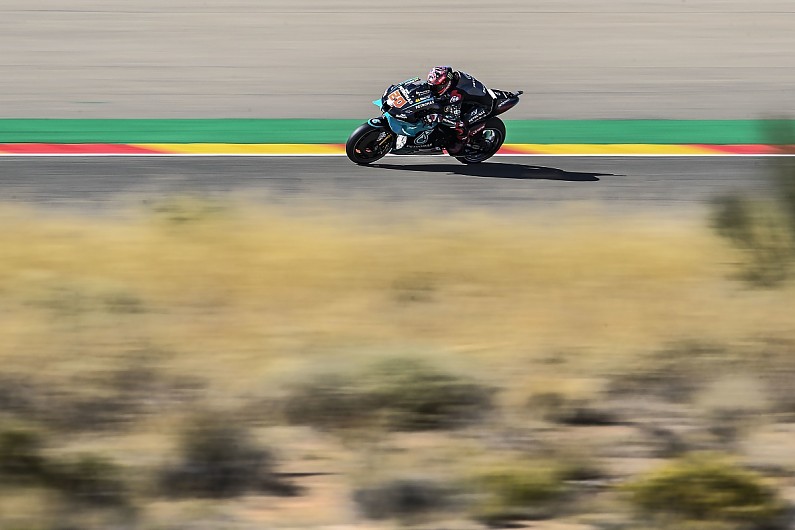 “He managed to get a really good pace, and also Maverick. He is really fast.

“I knew this track was not the best for me, but for sure I will give 100% but I am struggling a lot for pace in the second part of the race.

“If we [Vinales and I] are together [at the start] and he is faster, for sure I will not play because it’s important to make a gap to the guys behind.

“So, if he’s fast then I won’t close the door to then make a big group behind.”